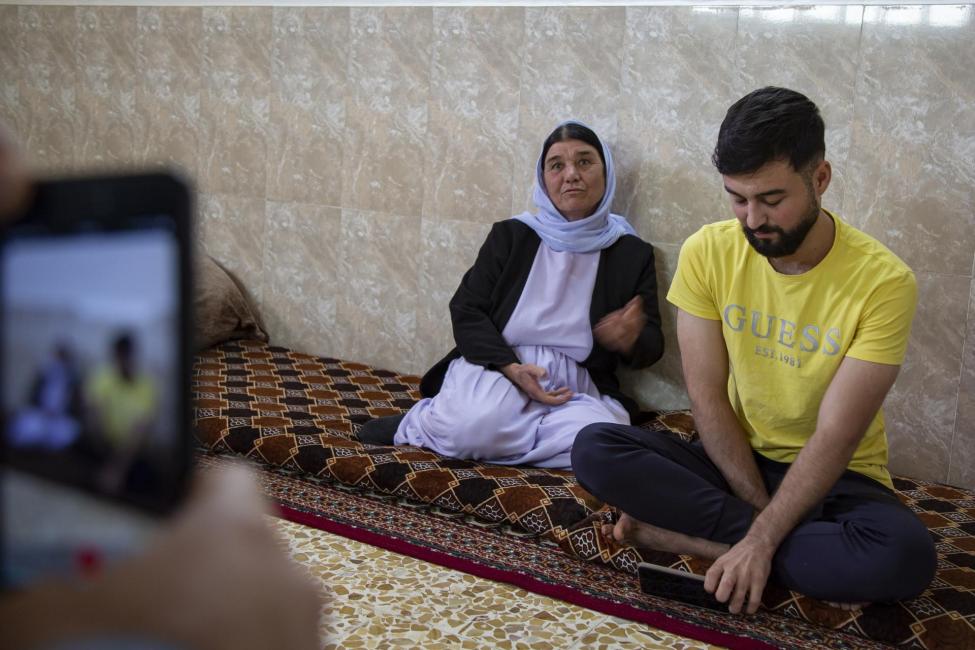 Nizar Hajo is one of the many Iraqis who chose to emigrate irregularly in search of solutions to the social and economic problems that hit Iraq with the emergence of the Islamic State of Iraq and the Levant (ISIL).

Most people who choose to migrate irregularly are not aware of the dangers of trusting smugglers and human traffickers. There are rarely happy endings to such situations. This was the case with Nizar Hajo, a 21-year-old from Sinjar, who recalls his migration journey:

“I was 15 years old when I decided to emigrate from Dohuk city, where I lived with my parents and two sisters after being displaced from Sinjar. On 24 June 2015, I left for Turkey on my own, full of hopes and dreams that I could complete my studies in Germany, help my family emigrate and change their lives. But my decision to trust the smugglers exposed me to great risks.

After four days in Turkey, a smuggler escorted a group of us on a trip that lasted for more than two weeks. It was very scary and difficult. We crossed through various countries and were exposed to many scammers. They were never honest. They lied to us about the distances we traveled on foot. In one of the countries, they told us that to cross the border, we would have to walk for four hours through the woods. We ended up walking for two days, and without food! No one was prepared for such a strenuous hike, and I was terrified. The only thing that kept me moving forward was that I could not go back. Seeing children and women go through such suffering was painful.

I finally arrived in Germany and found it to be a beautiful country. I was able to go to school and got an internship when I turned 18.

I started the family reunification procedures, and we were reunited in Germany. However, the reunification programme did not accept my older sister, so my father decided to go back to Iraq. After a while, my mother returned as well. She could not stand being separated from my father and sister. I also decided to return. I could not bear to be alone without my family, and my father needed someone to look after him and take him to the doctor regularly because he has a chronic disease.

I felt that I had a good life in Germany and would have had a better future if I had stayed, but I decided to return to help my family and stand by them. After my return to Iraq, life is difficult again. Now I sit at home and have no work, and it has been almost a year since we returned.

In Germany, I had what I needed: health insurance, studies and work. I hope to go back again, but I would do so in a legal way, so as not to go through the pain and suffering of the illegal migration journey again.