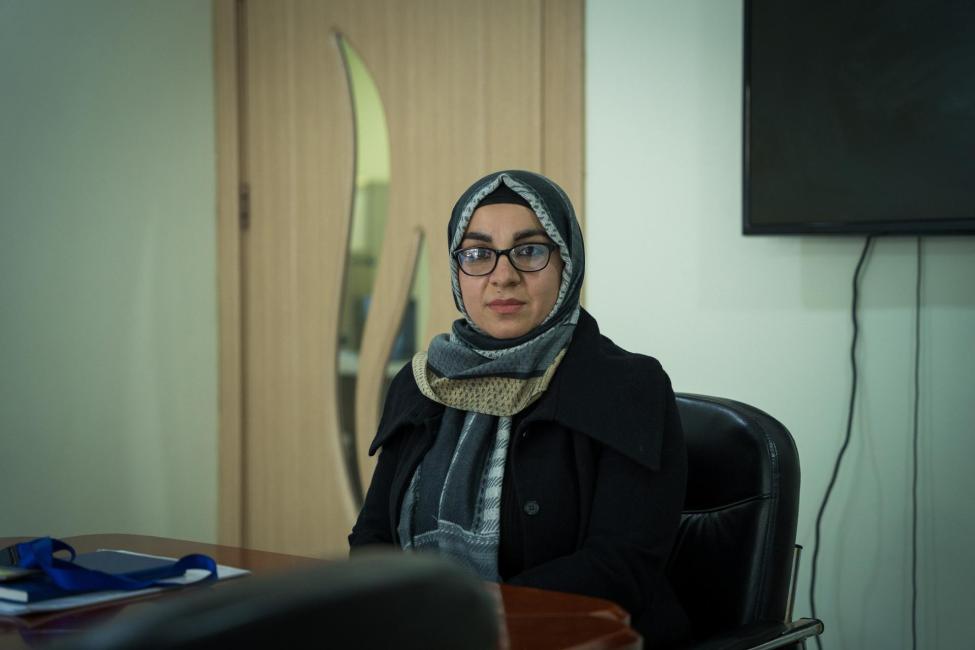 I was not living in a dire economic situation like many people who emigrate to Europe, but I was not doing great either. I lived a normal life, but I also liked Europe. I thought that if I went there, I would live a happier life.

In 2016, I applied for a medical visa to enter Germany. I had a minor illness—I did not need to seek medical treatment outside of the country for it, but I used this to reach Europe. I left Iraq with my one-year-old daughter that November.

When I arrived in Germany, I immediately applied for asylum and was granted permanent residency. I had a strong case for asylum.

Life in Germany fit well with my personality. I am a very disciplined and organized person and like to be punctual and methodical, which made me face many issues in Iraq—we have a very chaotic system that always got on my nerves. This is why I enjoyed Germany a lot. I rarely found myself angry at people, and rarely found that things did not go as planned. Plus, the people are helpful and good hearted. Whenever I would go to a public office to complete paperwork, everyone greeted me cheerfully and my work was processed smoothly. I think that they treated me so well because they saw that I was intelligent and working hard to learn their language.

I started attending a German language course and successfully passed the B1 proficiency test. Since I had a bachelor’s degree in nursing, I could have worked as a nurse with the B1 certificate. However, I wanted to be fluent in German and speak on a native level before working. I got by with speaking some English when running daily errands.

Life in Germany was good for a while, but then I began noticing the behavior of my 5-year-old daughter was slowly changing. She spoke with me differently at home and did things that she knew I disapproved of. I later found out that she was being influenced by one of her friends who attended the same school and whose family I knew from Iraq.

The change in her behavior began to bother me—I was slowly losing control of my daughter. I later found out that her friend’s family was not as religious as I had thought. They did not pray and did not care if their daughter wore revealing clothes. On the other hand, I cared about religious and traditional values, and could not accept my daughter slipping away. I wanted to raise my children on the values and beliefs that I held.

One day, my daughter slept over at her friend’s house. The next morning, I saw that they had made Snapchat videos that I am too embarrassed to describe. I told her that she could not sleep over at their house anymore, but that her friend could stay at our house if she wanted to. I thought that if they were under my roof, I would have better oversight of what they were up to.

My daughter’s behavior continued to change. Her friend was three years older, and my daughter followed her lead on everything. The entire environment motivated her change in behavior. I was very sad and angry. There are things that I simply cannot accept based on how I was raised and the values I cherish. I would not accept my daughter bringing a boyfriend to the house, for example. I was afraid that these changes would be too much for me to handle, so I decided to return.

When I first decided to come back, I was very hesitant. I changed my mind after two weeks. The second time, I was sure. People told me to stay for my child—they said that she would have a bright future in Germany. I did not see it that way and we returned in June 2021.

It was a bit hard when I first returned, but now everything is fine. I’ve noticed that her behavior has changed for the better since we’ve been back, which makes me happy.

I believe that my decision to return was the right one. I think Europe is not fit for a family or someone who wants to have their children around them when they grow old. The values and traditions there are very different. It is normal for children to not see their parents for more than six months, and most live in different cities than their parents.

I know that this country makes us want to leave, but there is a lot more information you should know before you decide to leave your country and culture.