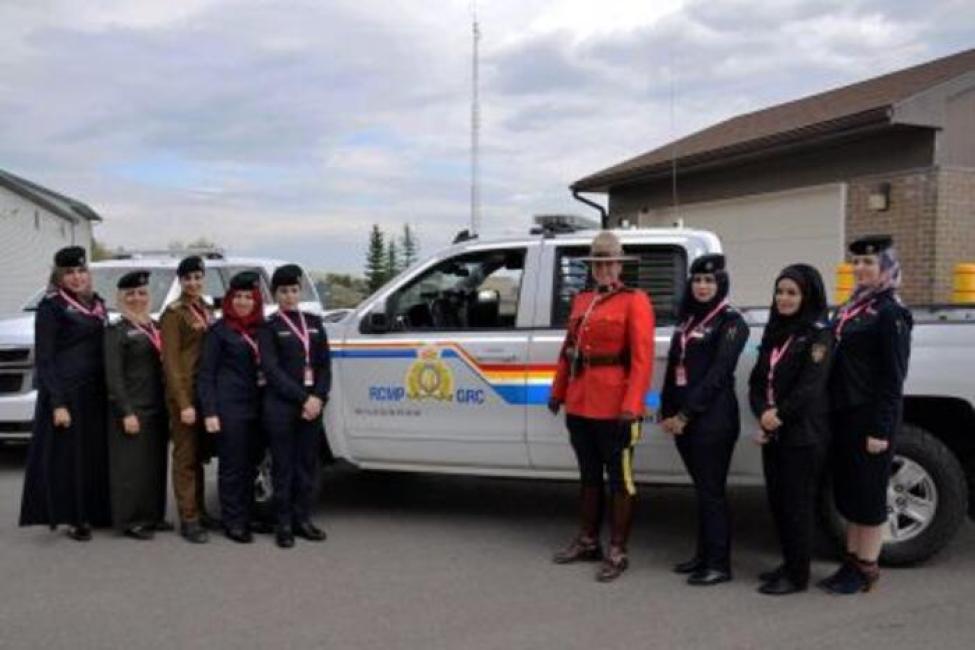 As Iraq continues to face complex post-conflict challenges, the importance of an inclusive dialogue on peace and security is vital. Women are an important part of that discussion, and Iraq was the first Arab nation to issue a National Action Plan based on UN Resolution 1325 on Women, Peace and Security in 2014. Through IOM’s Community Policing project, supported by the Government of Canada, the role of female police officers in law enforcement and security agencies in Iraq has been strengthened to create more peaceful and safe communities.

According to the Directorate of Police Affairs within Iraq’s Ministry of Interior, women account for approximately 2% of the total police force. However, despite their limited numbers, female police officers play an important role in resolving safety and security matters in the community, including family and domestic violence, as women generally feel more comfortable reporting to women. In security mappings completed under this project, IOM found that women had different perceptions of security in their communities and would choose not to report to the police directly as they see it as male dominated.

IOM Iraq has been working closely with the Ministry of Interior and government authorities at governorate and district level to enhance the role of female police officers in community policing, with a focus on safety needs of women and girls in the community. These efforts have included training women and girls in communities to be stronger advocates in security discussions, establishing steering committees consisting of female police officers and local civil society and community members, and rolling out gender sensitive policing for all police officers.

In this context, the Royal Canadian Mounted Police (RCMP), who are part of the Coalition Joint Task Force in Iraq, approached IOM to invite a delegation of female police officers from Iraq to participate in the International Association for Women Police (IAWP) Conference in Canada, to expose these women to an international audience of fellow police officers from around the world and enhance their awareness of best practices.

Eight female Iraqi police officers were selected to participate in the IAWP Conference in Calgary, Canada on 26–31 August, the first female Iraqi police delegation to represent their country internationally. These officers came from all sectors of the Directorate of Police Affairs including Investigations, Training, Human Rights, the Inspector General’s office, Human Resources, Media and Communications and Police Intelligence. They attended sessions on responses to domestic violence, diversity and inclusion, creating organizational change and leadership. They interacted with female police officers from all over world and participated in sessions delivered by officers from Bangladesh, Ghana and Ukraine.

They also had the privilege to meet RCMP Commissioner Brenda Lucki, accompanied by RCMP Chief Super Intendent Maureen Levy, and visited the Cochrane police station, outside of Calgary. The Calgary Police Service also introduced the participants to members of the Iraqi diaspora living in Calgary who work with the police to facilitate integration of Iraqi migrants in the city.

Throughout the week, the women were inspired to learn from their fellow officers from across the world on how they have overcome challenges. “Every single story we heard has given us hope and strength. Police officers in other countries face many similar challenges as we do in Iraq, but this has not prevented them from pursuing their goals. Their presentations have been truly inspiring”, said one of the Iraqi policewomen.

One of the major lessons learned was the importance of finding good mentors among both men and women in the police force, to serve the most vulnerable and marginalized communities and to support each another. In the examples presented from different parts of the world, it was clear that if any group is excluded from the community, insecurity and conflict continue.

Through the Community Policing programme, IOM Iraq continues to support both male and female police officers to work with all community members in an inclusive way to contribute to more sustainable community peace and security.