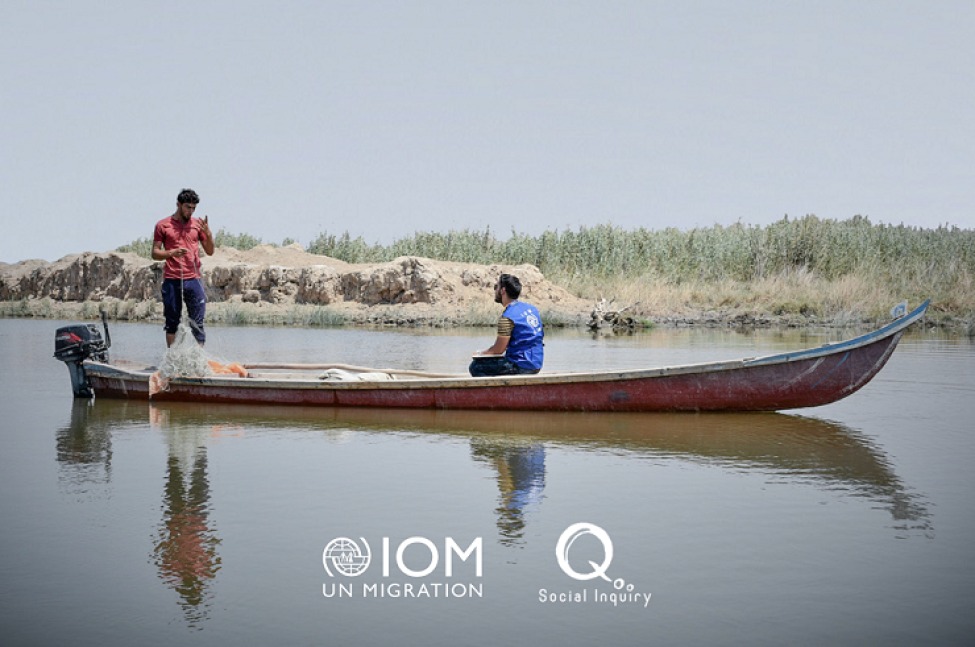 Basra – Environmental degradation over the last 10 years has severely damaged Iraq’s agricultural sector. Worsening water scarcity and quality has left the sector unable to support sufficient and sustainable livelihoods, particularly in rural areas, where it has long been the main workforce employer.

This has directly contributed to the migration of rural populations in search of other opportunities. However, climate-induced migrants are attempting to settle into complex new environments with potentially limited financial and social capital, which may impact their ability to access services and rights.

In July and August 2021, the International Organization for Migration (IOM) and Social Inquiry conducted a survey of 802 local and migrant residents in the southern city of Basra to identify key issues hindering climate migrants’ ability to integrate into already fragile urban settings. The southern cities of Iraq already struggle with economic security and governance, and may not be well prepared to absorb influxes of migrants.

The study, Migration into a Fragile Setting: Responding to Climate-Induced Informal Urbanization and Inequality in Basra, Iraq, found that migrants arriving in Basra tend to cluster in neighbourhoods suffering from multiple social problems related to economic security, access to rights and safety, with many moving into eviction-prone shelters and taking up low-wage jobs in the informal sector.

According to the study, over half of migrant households reported that they cannot afford enough food or basic items, and 53 per cent do not have access to a financial safety net. Migrants also tend to report higher levels of exclusion from access to public services and other rights, which may include employment support, policing and formal dispute resolution and guarantees on property rights.

This contrasts with the situation of local households, which mostly rely on government employment and report better affordability status and financial safety nets. However, a weak private sector coupled with the waning ability of the state to expand public employment limits the economic prospects of all residents and increases their risk of falling into poverty.

Based on data from IOM’s Displacement Tracking Matrix, there are few internally displaced persons (IDPs) still in Basra due to the ISIL conflict. Most migrants are originally from the neighbouring governorates and districts and key indicators suggest that movements are not seasonal but permanent.

The consequences of Iraq’s climate challenges, particularly those related to water scarcity, are far-reaching and urgent, requiring coordinated action to mitigate needs, avoid further displacement and prevent the magnification of existing social problems.

“This report points to the need for a two-pronged approach to strengthen the capacity of areas receiving an influx of population to adapt, while also supporting rural districts from which families are migrating due to extreme environmental degradation and an absence of diversified economic opportunities,” said Clémentine Favier, head of the Returns and Recovery Unit.

This study was made possible with support from the US Department of State, Bureau of Population, Refugees and Migration (PRM).