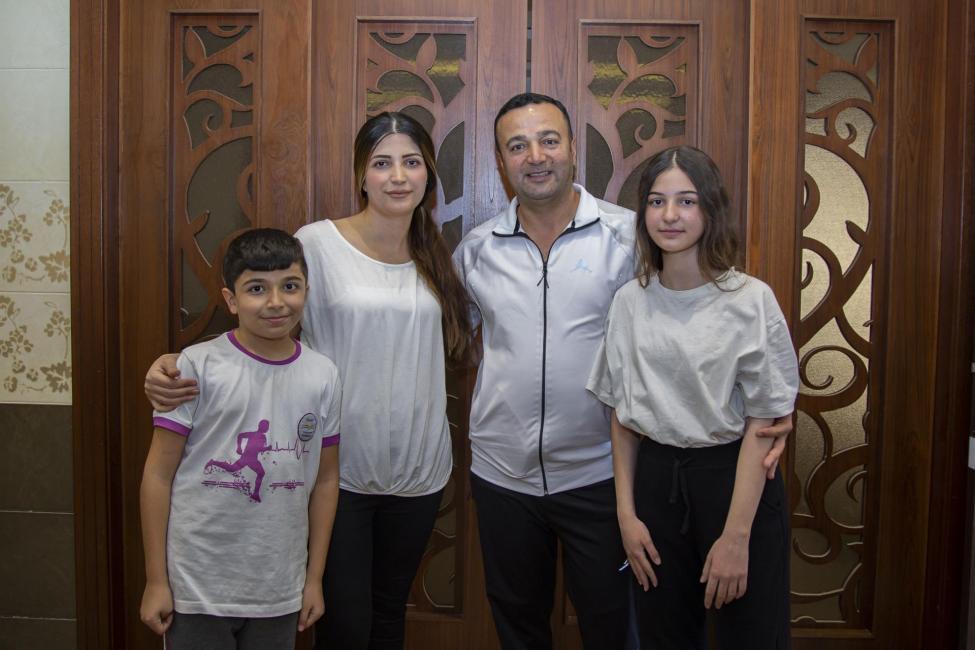 Sipar Abdul Karim is a 33-year-old who decided to voluntarily return to Iraq with her family after emigrating to Germany in 2016 in search for a better life.

Back then, Sipar was living in Erbil, and she feared for her children’s future because of the danger posed by the Islamic State of Iraq and the Levant (ISIL), particularly because her husband was a police officer.

“We left in June 2016, bringing our hopes and dreams to Germany, looking for law, justice and work, so we could live in dignity. Most of all, we wanted a better future for our children. The journey was uneventful as we flew from Erbil. After we arrived, we claimed asylum and eventually ended up staying in a camp, the four of us living in one room. We found this accommodation arrangement very uncomfortable, because the children needed space and more comfort. We thought this would be temporary, but we ended up living in these conditions for over ten months, at which point the authorities told us that our asylum application had been rejected.

We did not want to stay there any longer as life was becoming difficult for us. To build a good and stable life in Germany, you need time and effort. We were also feeling homesick, and this was one of the main reasons we wanted to return. We missed our family and our friends, and we did not like all that distance between us. It is nice to be with family and feel their warmth,” she recalls.

Sipar believes that her migration experience was not worth all the sacrifices she made.

“It was a useful experience for us, we explored a new, different culture, but if I had known that our request would be rejected, we would not have gone to Europe, and we would not have spent all that money and made all those sacrifices.

We returned to Erbil in April 2017. It was great to be among our family again. The feeling of being home was heartwarming, but we had to start our lives over from scratch, as my husband could not return to his old job. We were concerned since we did not have a source of income and were worried about providing for our children.

IOM helped us through this difficult time by paying for our daily expenses with cash assistance. I am now looking for a job to regain the stability we lost and to secure a decent life for my children,” Sipar concludes.