Several years after the last cities were reclaimed from the Islamic State in Iraq and the Levant’s control, many families remain in displacement across Iraq. Insecurity, lack of basic services and widespread housing destruction are just some of the reasons why internally displaced persons (IDPs) are unable to return to their areas of origin safely.

All IDPs, including those who are unwilling or unable to return to areas of origin, require continuous support to meet their essential needs. For those living in informal sites, the needs can be even more acute. 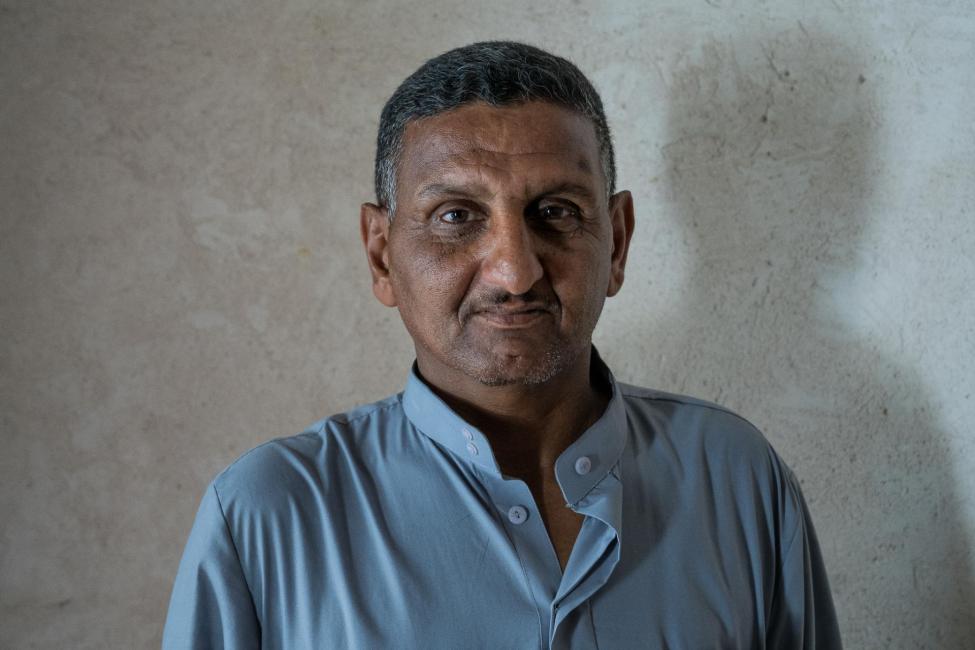 "We left our house in 2014 and went to al-Latifiya camp, me and my family of nine people. We left our house, our farm and our livestock behind," said Hamed Abdullah, 50, from Jurf al-Sakhar, Babylon Governorate.

It is estimated that nearly 180,000 IDPs across Iraq still live in critical conditions in informal sites – defined as locations outside of formal camps that are typically not integrated within the surrounding communities and excluded from public services. Informal sites are mainly situated in five governorates: Anbar, Baghdad, Ninewa, Kirkuk and Duhok.

The sweeping closure of IDP camps in 2020 and 2021 led to an increase in the numbers of IDPs residing outside in informal sites. This situation, compounded by decreasing funding for humanitarian interventions in Iraq, means that IDP families in informal sites are some of the most vulnerable populations, living in precarious social and physical conditions. Unable or unwilling to return to their areas of origin – or in some cases, prevented from doing so – they face limited options for assistance and limited access to the already stretched services available in neighbouring communities.

When Hamed’s family left Jurf al-Sakhar in 2014, they could only pack a few belongings and load up their truck for departure; they ended up staying in Baghdad Governorate’s al-Latifiya camp for three years. In 2017, Hamed decided to leave the camp and go to the nearby al-Latifiya informal site, where he and his family lived in an incomplete and inadequate shelter; it didn’t have consistent running water, nor was it connected to the local sewage system. There was also a big problem with electricity.

"The electricity was very weak, we could barely operate the air-cooling device in the summer and in the winter, it was very difficult to operate the heater,” Hamed explained.

“My family suffered a lot, especially my children, and I could not do anything for them. The entire region struggles with the same problem of weak electric current, so we depended on private generators and could hardly cover the monthly costs of the monthly subscription.”

Before moving to al-Latifiya informal site, Hamed’s neighbour, Haider Mohamed, lived in Alexandria sub-district, Babylon Governorate, in a large home housing three families: his own and those of two of his relatives. Their sudden displacement in 2014 was a great shock for his family; Haider has six children of his own and was responsible for several relatives that left the area at the same time. 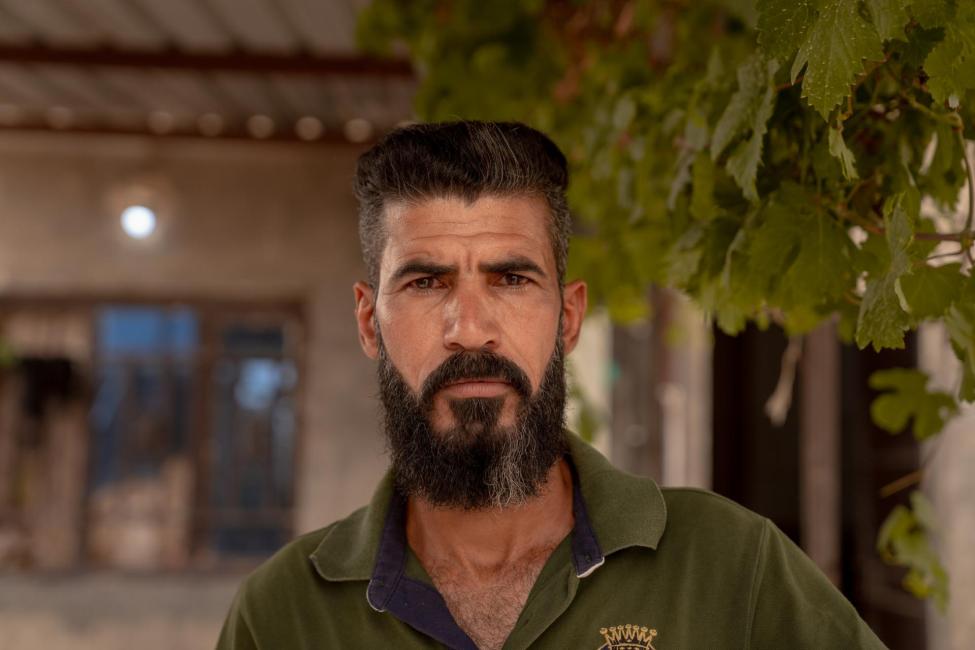 “When we arrived in al-Latifiya district, we tried to find a place in the camp, but it was completely full, so we had to rent a house to accommodate us,” Haider explained.

“We tried to adapt to the new place, [but it was difficult] after living in a house with a large farm that could accommodate the whole family. We had also had our own farming and plowing equipment.”

Though Haider tried to cover living costs through self-employment, he wasn’t able to generate enough income to support his extended family; so in 2016, he moved his family from the rental to an unfinished house in al-Latifiya informal site.

Yet, like Hamed’s home, Haider’s house wasn’t connected to public sewage or electricity networks. There was great pressure on the local electricity transformer due to the large number of houses depending on it, and the frequent power outages would cause electrical appliances to malfunction, including lightbulbs meant to illuminate the house after sundown, refrigerators meant to preserve food items and the ceiling fans meant to keep the house cool during the hot summer months. Many families in the district don’t have enough money to buy voltage boosters, which would help them benefit from the municipal electricity grids.

With support from the European Union, the International Organization for Migration (IOM) in Iraq’s Camp Coordination and Camp Management (CCCM) Mobile Team assessed the electricity networks in al-Latifiya informal site and coordinated with municipal authorities to install new electrical transformers and a network of cables to connect as many homes as possible to a more safe, stable electricity source. The electric current in the neighbourhood has become more stable since these renovations, allowing families to operate more appliances that help with both cooling and heating their homes. 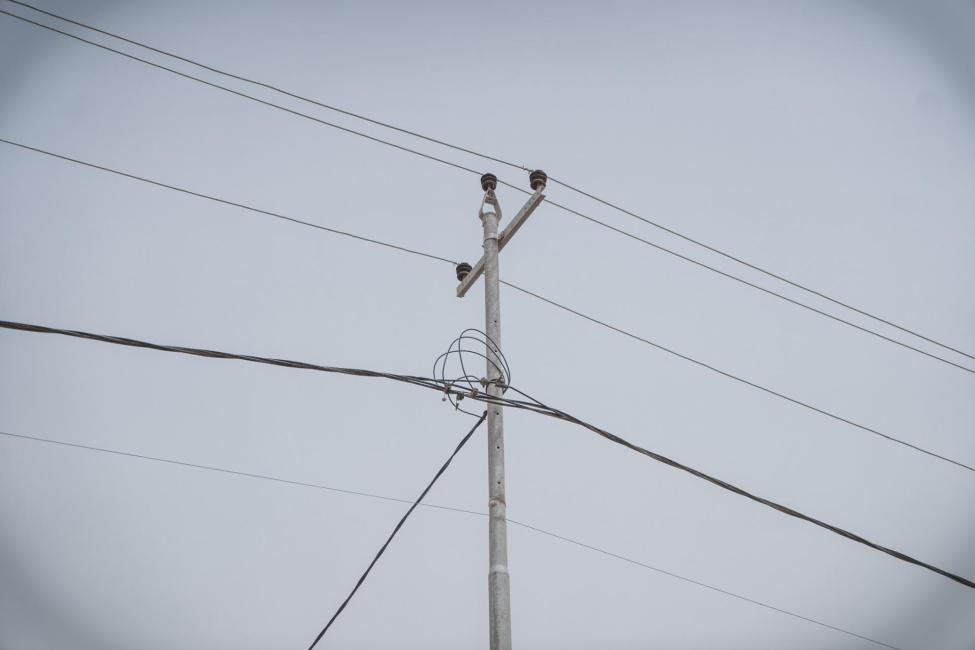 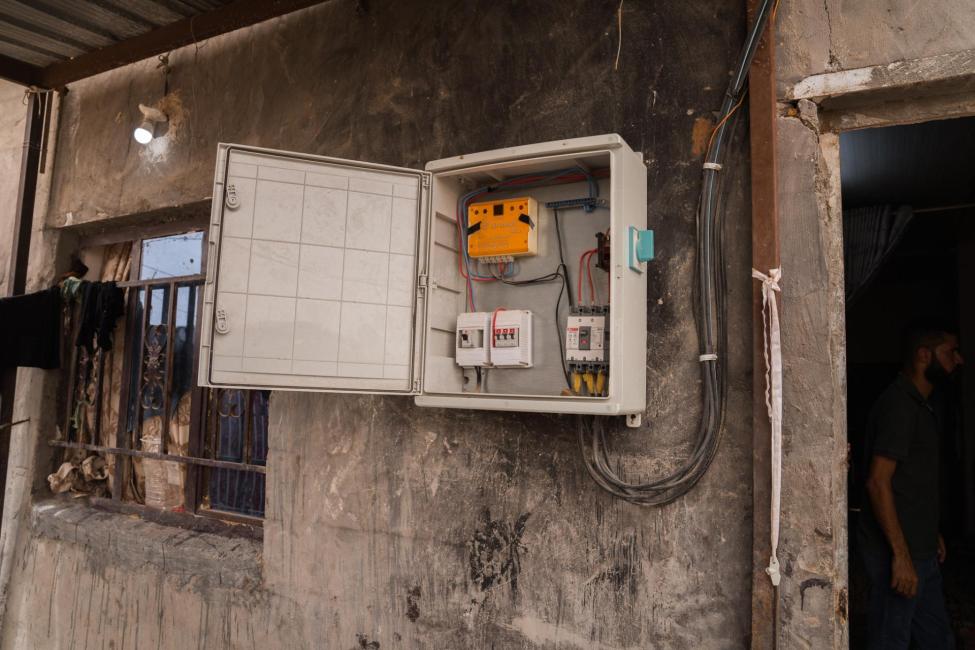 This likewise benefitted members of the host community who were also struggling with low connectivity due to excessive loads on the only electrical transformer in the area. The operation of the new transformer has been handed over to the Electricity Department in al-Latifiya, to continue operating it in support of families, like Hamed’s and Haider’s, living in the area. 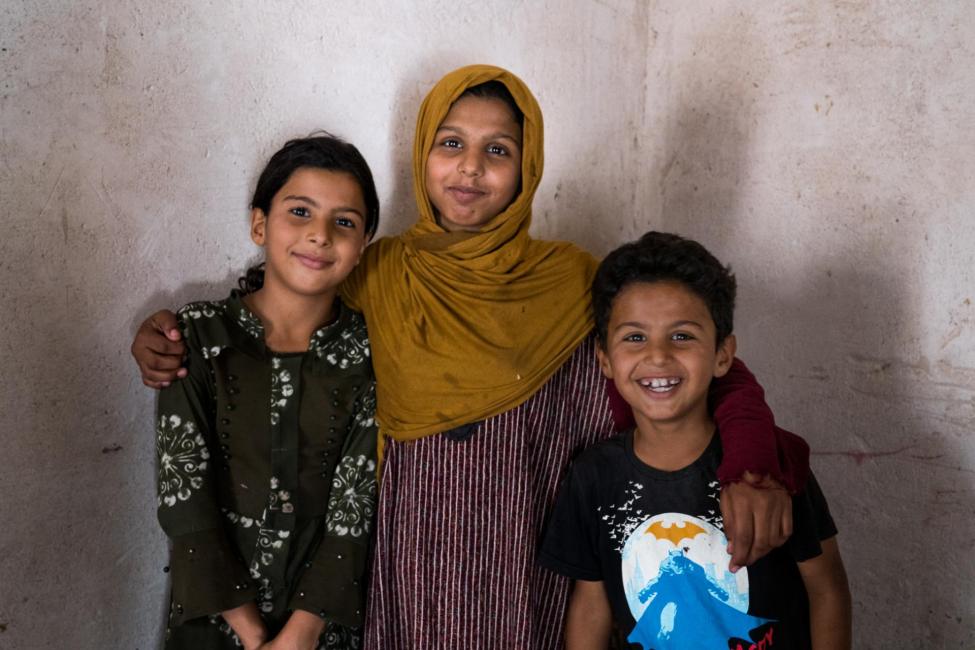 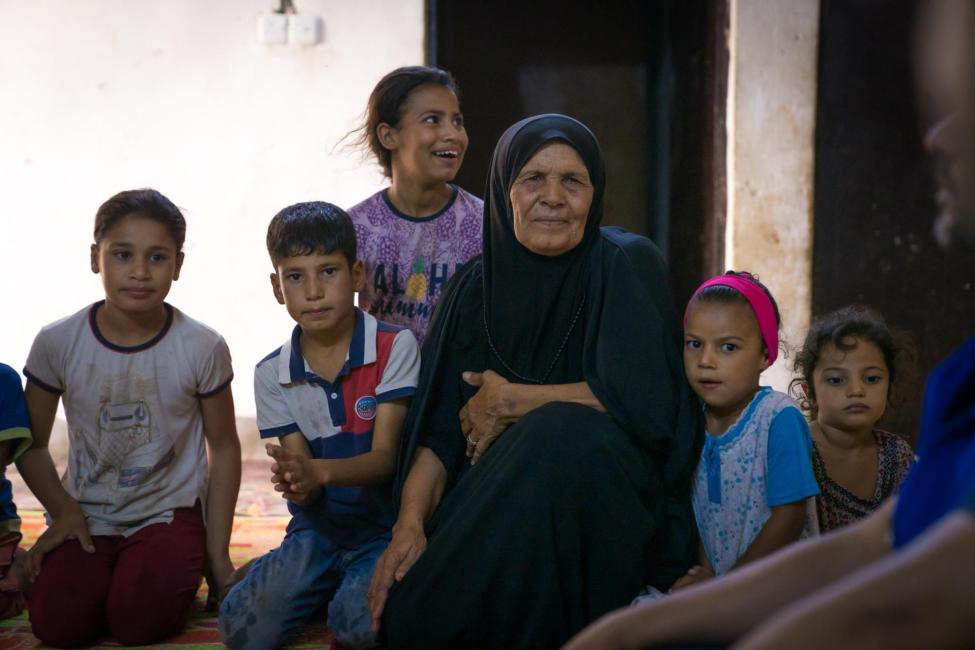 “My family feels more comfortable than before,” said Hamed.

Efforts to upgrade electrical infrastructure in al-Latifiya informal site were prioritized following intensive needs and site risk assessments and focused discussions with the area’s IDPs carried out by the IOM Iraq CCCM Mobile Team. However, strained public infrastructure is just one of many challenges facing IDP families in informal settlements. The humanitarian context continues to evolve in Iraq; sudden camp closures and subsequent secondary displacements have left affected families – which are often female- or youth-headed households – with increased vulnerabilities and in need of further, targeted humanitarian assistance.

The number of IDPs in informal sites – who often face severe barriers to return – is likely to grow in 2022. They need not only shelter upgrades, but also support for clean water access, dedicated protection and health services, and more. Until durable solutions can be found, ongoing funding and assistance are needed to address life threating risks and promote safe and dignified living conditions for IDPs living in informal sites who are unable to, or are prevented from, returning to their areas of origin.

The installation of power transformers in Baghdad Governorate was made possible with funding from the European Union (ECHO).